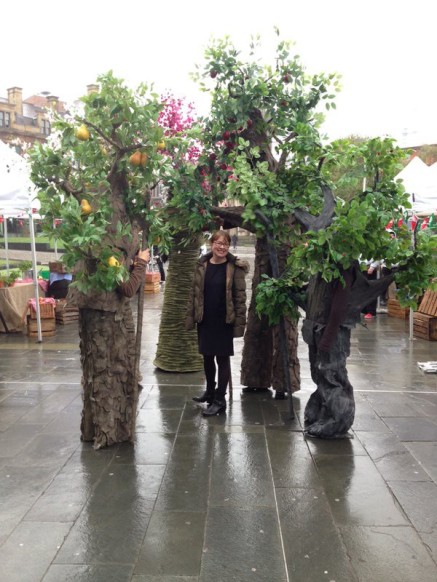 Not my usual day at the office

Helping Britain Blossom is a scheme that aims to restore and create 100 community orchards in the UK by 2017. It is supported by the Bulmer Foundation and the Urban Orchard Project. On Apple Day (21 October) they launched the project in Manchester hoping to encourage volunteers and to locate some of the region’s forgotten orchards. As part of the launch they brought back to life Manchester’s apple market that used to exist on Fennel St in the City Centre, and I went along to provide some historical context. 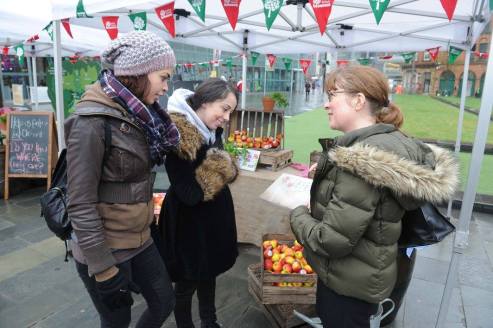 Though Manchester’s main market during the eighteenth century was in Market Place, by the later part of the century lack of space led to a series of specialized markets setting up in adjoining streets, when the Apple or Fruit market moved to Fennel Street. Here it remained from 1769 to 1846 when the market made way for road improvements. 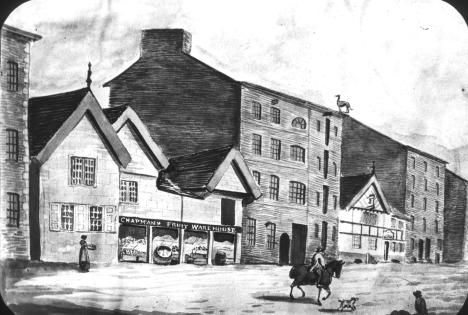 The Apple Market in Manchester was the traditional name for the town’s fruit market. Although other types of fruit were sold here, apples dominated the fruit trade from at least the eighteenth century, hence the market’s name. Roger Scola, who traced the food supply of Victorian Manchester in his book, Feeding the Victorian City: The Food Supply of Manchester 1770-1870 (1992) noted that whilst apples arrived to the town from counties such as Worcestershire and Herefordshire, they were also grown more locally in the market garden-districts around Warrington and Stretford as well as in a large number of small mixed farms. 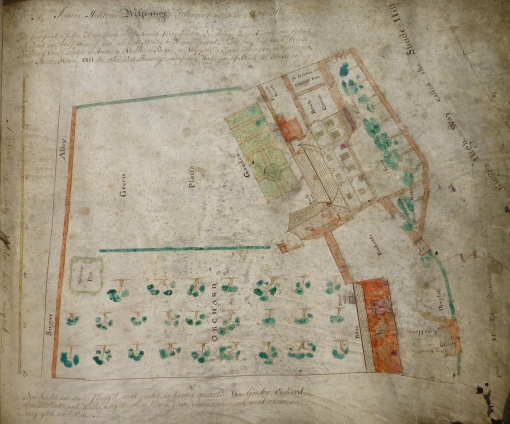 We can also see evidence of apple growing right in the centre of town in a deed map dating from c.1760-1783 held at Chetham’s Library. This shows in unusual detail a series of plots around Shude Hill – a mere stone’s throw from the site of the Apple Market. Here we can see what look to be two small orchards in the gardens of two properties. Hopefully we will soon see more small orchards in and around greater Manchester. 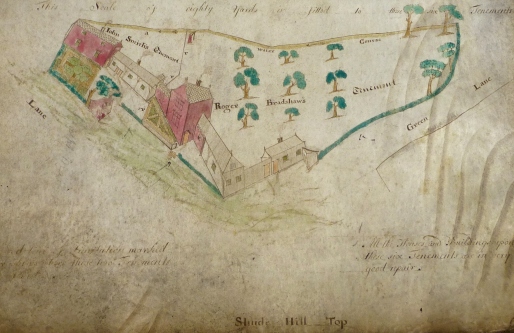 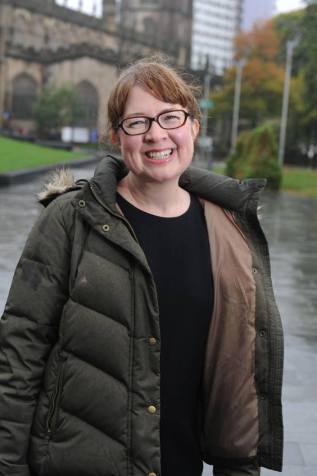 Despite the rain, still smiling!